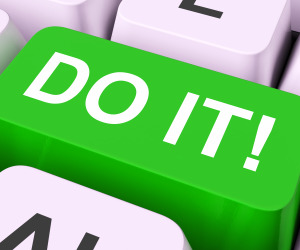 It’s No Good Without Execution

I am sitting on a plane headed back to Texas and all I can think about is how incredibly hard we sometimes make things for ourselves in terms of executing for results.  After leaving a client’s office yesterday I shared the frustration of my client and how hard his company made it for him and his peers to actually do what they needed to do.  The organization talks about execution and has great dialogue, but they suffer from what I refer to as bi-polarization.  On one end they are spending so much time trying to ensure that every voice is heard they cost themselves real money in terms of increased costs or lost opportunities.  On the other end we have the companies that pull the trigger under the guise of going faster, but fail to consider ramifications.  My client’s company, like many other companies we work with has yet to learn how to function within the scale and instead works on both ends.

So what makes it so difficult to move to a more balanced approach to execution?  That is the million-dollar question.  I do however have some opinions but I’ll let you determine their value!

1) Fear – Organizations burdened with internal politics and a lack of trust perpetuate the need for incessant dialogue.  I use the word dialogue loosely, because dialogue requires that individuals approach with open minds to consider all opinions.  Many of the organizations we come across that proudly claim to practice “dialogue” or collaboration are really practicing talking.  Dialogue cannot and will not occur unless leaders/individuals are confident that they have no need to protect their back, their resources, or the results they committed to achieve.

2) Competing Interests – When operating or functional units have individual goals that outweigh their corporate goals in terms of desired rewards, organizations set themselves up for less than stellar execution.  While business unit A may fully execute its business plan, if that execution impedes on another area of the business, execution cannot be considered successful.

3) Too Much Focus on Strategy rather than Execution – While having the right strategy is critical if all emphasis is placed on strategy, without regard to the realities of executing the strategy, efforts are fruitless.  The right strategy has to incorporate an assessment of the organization’s ability to execute the strategy.  The strategy might be a good one in terms of how to achieve a business outcome, but if it is not grounded in the reality of possibility, it can’t be called “right.”

4) Emphasis on Systems rather than People – Systems are incredibly important in that they help us get to where we are going.  However, when an organization puts all of its emphasis on systems that typically means they are putting all of their faith in systems.  The failure in that approach is that “people” run systems and if leaders fail to put equal or greater emphasis on people, an organization falls to the predictable “garbage in, garbage out” that a system’s only focus typically generates.

5) Poor Vision Clarity – While the previous four barriers are fairly typical, the fifth is the one that offers the biggest challenge and as a result the largest opportunity for negative impact.  The leader HAS to establish a clear vision that depicts where the organization is going.  That vision has to be clear throughout the organization.  Ensuring clarity is the only way a leader can begin to feel confident that her employees are following rather than being pulled.  While both following and being pulled represent forward progress, only one represents the kind of progress that we should strive for.  Forward progress from willing and energized employees creates momentum which in turn creates additional energy.  Forward progress from an unwilling, but resigned workforce results in energy expenditure and minimum expected execution at best.

While the complexities that prevent organizations from quality execution are likely innumerable, these five provide a framework (in my opinion) that organizations can embrace and begin to work with so that they can be who they say they are, execution-oriented.  This in turn lessens the frustration caused by the leader’s ability to fully contribute using their capabilities, thusly reducing the organization’s ability to successfully execute.